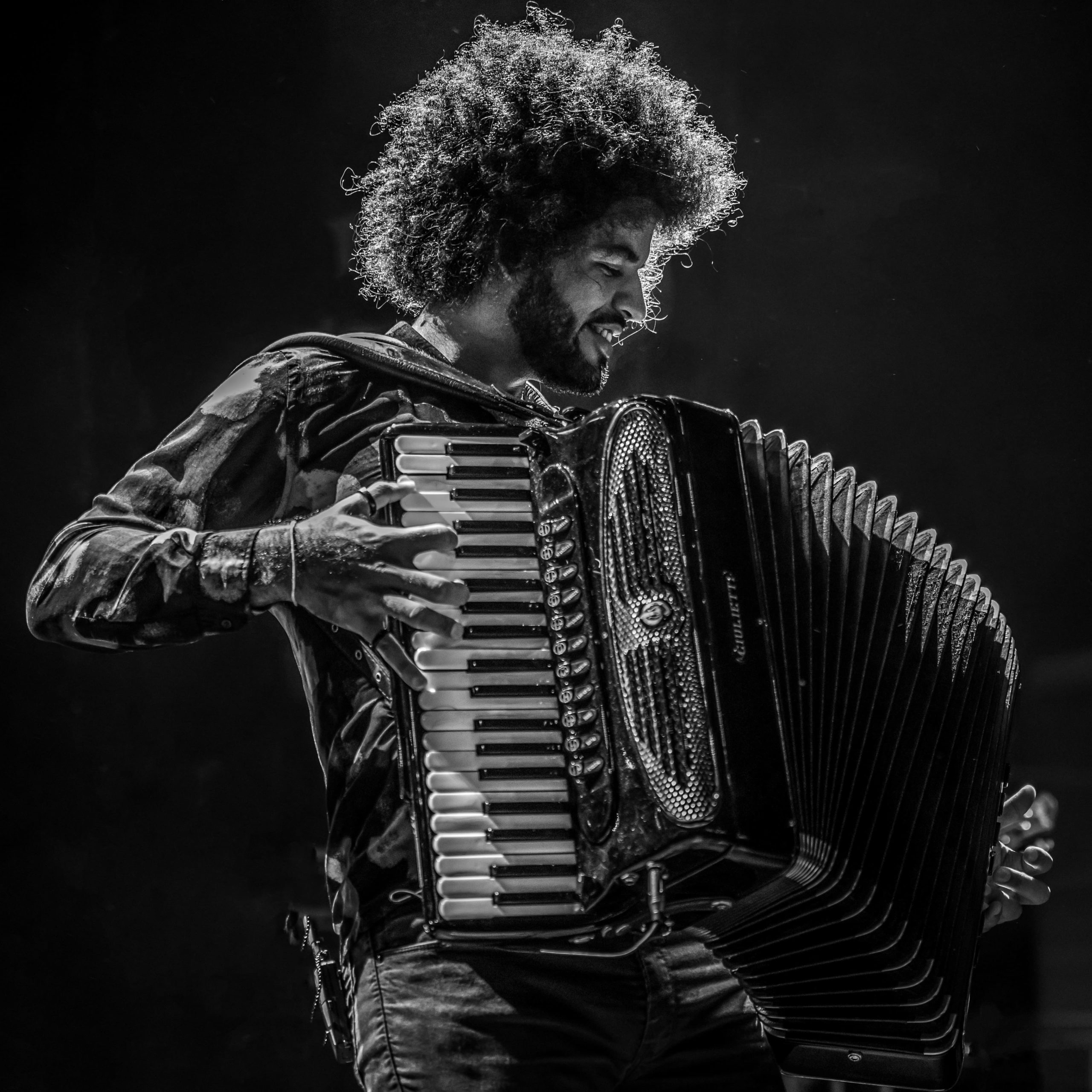 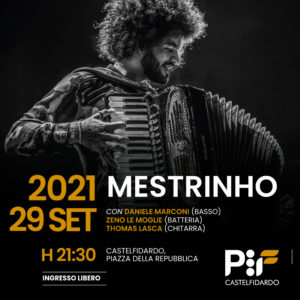 Born in 1988 in Itabaiana, Sergipe, Mestrinho is the grandson of eighth bassist Manezinho do Carira and son of accordionist Erivaldo de Carira. His sister Thaís Nogueira is a singer and his brother Erivaldinho is also an accordionist. With the musical DNA so present in his life, at the age of 6, Mestrinho was already playing the accordion and at the age of 12 he started touring bands in the region where he lived. From an early age he was influenced by the music of Dominguinhos, Sivuca, Oswaldinho of the accordion, Hermeto Pascoal, Pixinguinha, Jacob do Bandolim, Gilberto Gil, Milton Nascimento, Elba Ramalho, among others.
He had the honor of sharing the stage with several renowned artists such as: Dominguinhos, Gilberto Gil, Hermeto Pascoal, Elba Ramalho, Rosa Passos, Antônio Barros and Cecéu, Zélia Duncan, Geraldo Azevedo, Jorge Aragão, Gabriel o Pensador, Paula Toller, Luciana Mello, Diogo Nogueira, Toni Garrido, Margareth Menezes, Elza Soares, Benito di Paula, Duani Martins, Mariana Aydar, Zeca Baleiro, Thiago Espirito Santo, Sandro Haick, Ney Conceição, among others.
Mestrinho accompanied Dominguinhos in various shows throughout Brazil, including participation in the last performance in Exu (PE), the hometown of Luiz Gonzaga; she worked with Elba Ramalho for three years, including her participation in the CD “Vambora lá Dança” where she performed on national and international tours (Germany); with Gilberto Gil he toured jazz festivals in Europe, Israel and Uruguay, and participated in the release of the musician’s new album called “Gilbertos Samba” which has just become a DVD; he also participated in the Jair Rodrigues CD “Samba Even Vol. 2”, and in addition to recordings, Mestrinho also works as a music producer and arranger on works by other artists.