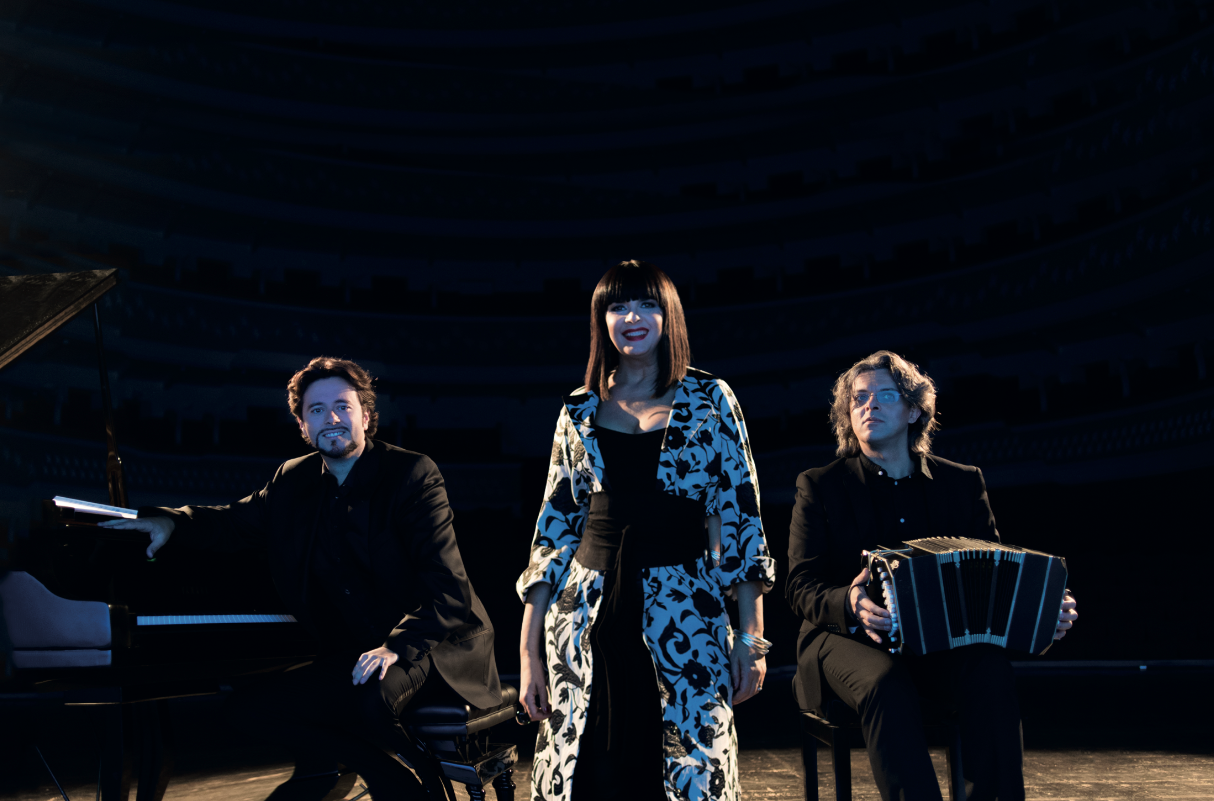 Duettango was born in 2008 thanks to an intuition of the pianist and conductor Filippo Arlia. The duo sees Cesare Chiacchiaretta at the bandoneon, considered by industry critics to be one of the best interpreters of this instrument in the world of literature. Duettango has held more than two hundred lives in Europe and America, on stages of historical prestige such as the Sala Scarlatti in Naples, the S. Katherine Concert Hall in Vilnius, the Castelfidardo International Festival. The idea of ​​the duo is to combine two instruments at first sight not at all similar such as the piano and the bandoneon, which until today in the literature of Astor Piazzolla have always been two elements of a sextet or at least of a quartet where the piano played. sadly the part of a noble supporting actor and the bandoneon constantly dialogued only and exclusively with the violin. In 2015 Duettango made its debut in the prestigious Carnegie Hall in New York, receiving a real standing ovation from the American public. In 2016 it was the protagonist of the world premiere in Italy of Astor Piazzolla’s “Maria de Buenos Aires”. In 2017 the duo released the album “Duettango” for Fonè Records, with the extraordinary participation of Fernando Suarez Paz, the violinist of Piazzolla’s famous “Quinteto Nuevo Tango”. The disc, distributed in 16 countries around the world, immediately met with considerable critical success on the major newspapers and was presented with a Duettango concert at the Quirinale in Rome live on Radio RAI 3. Duettango was awarded by the “Astor Piazzolla Foundation” “of Buenos Aires with the” Piazzolla Award 2018 “for the best record of the year. On the occasion of the centenary of Piazzolla’s birth, the second album of the duo, “Non Solo Tango live”, was distributed by Fonè Records.

The concert will see the participation of Silvia Mezzanotte, an extraordinary Italian interpreter who joined the voice of the Matia Bazar, with whom she won the 2002 Sanremo Festival with the song “Message of love”. In Sanremo she also participates as a soloist in 1990, youth category, getting the fourth place. Over the years he collaborates, in studio and in live recordings, with Laura Pausini, Francesco De Gregori, Mia Martini and Massimo Ranieri, with whom he also works on TV. He participated in several other TV shows on Rai1 and Rai2. As a soloist he has released 3 studio albums and 9 singles; in the discography with Matia Bazar shei has 5 studio albums and many singles, for a career and a truly exceptional talent.