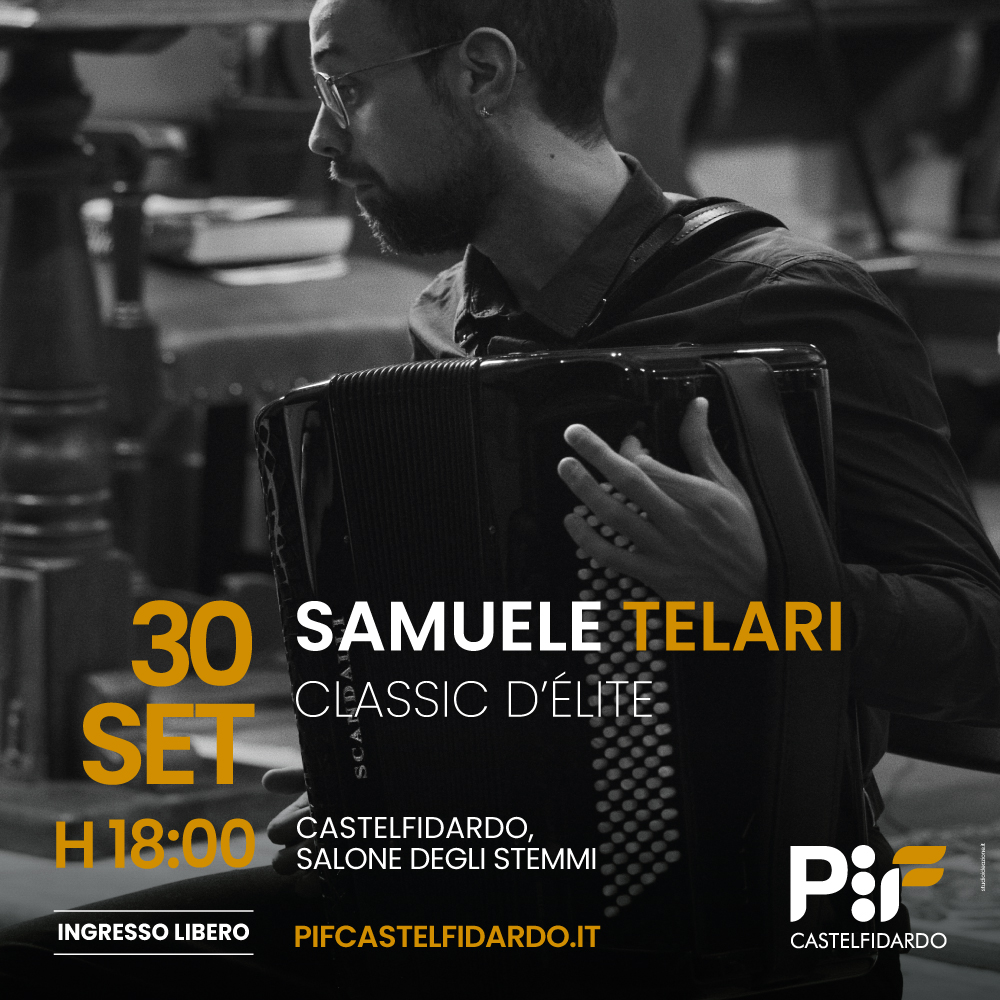 Born in Spoleto in 1992, Samuele Telari is one of the most interesting talents of the accordion scene. In 2016 he obtained, under the guidance of M ° Massimiliano Pitocco, the Diploma in Accordion at the Santa Cecilia Conservatory in Rome. Later, he specialized with world-renowned teachers including Yuri Shishkin, Mika Vayrynen, Claudio Jacomucci and Friedrich Lips. There are numerous Italian and European reviews and concert halls in which he performed, including the Kammermusiksaal of the Berliner Philarmoniker and the NY Sal of the Royal Danish Academy of Music in Copenhagen, the Royal Academy of Music in London and, by invitation by the famous composer Volodymyr Runchak, at the Festival Day of the Ukranian bayan and accordion 2014. Samuele performed as a soloist with important orchestras. He has also collaborated and actively collaborates with artists from the theatrical world such as Giorgio Panariello, Idalberto Fei and Sandro Cappelletto.

Go to Top
This website uses cookies to give you the most relevant experience by remembering your preferences and repeat visits. By clicking “Accept”, you consent to the use of all the cookies.
AcceptRejectCustomize
Manage consent

Google Analytics is a web analytics service provided by Google Ireland Limited (“Google”). Google uses the Personal Data collected to track and examine the use of this Application, compile reports on its activities and share them with other services developed by Google.
Google may use your Personal Data to contextualize and personalize ads in its advertising network.
This Google Analytics integration anonymizes your IP address. The anonymization works by shortening the IP address of the Users within the borders of the member states of the European Union or other countries that are members of the Agreement on the European Economic Area. Only in exceptional cases, the IP address will be sent to Google's servers and shortened within the United States.

Gravatar is an image visualisation service provided by Automattic Inc. that allows this Website to incorporate content of this kind on its pages.

Google reCAPTCHA is a SPAM protection service provided by Google Ireland Limited.
The use of reCAPTCHA is subject to the Google privacy policy and terms of use.

Google Fonts is a service used to display font styles operated by Google Ireland Limited and serves to integrate such content into its pages.